Networked sound e-poetry piece. Latest Tweet on the topic of kiss and giggeling of a child.

Talks is a work of e-literature, an ever changing networked narrative fuelled by Twitter activity and semantically organised by Zemanta.

Each time the Talks is accessed or reloaded it creates a short social network like narrative.

How? First it creates a text from recent Twitts then is using Zemanta service to extract some overall semantics (tags, related articles). A title of related article is taken for a title of current iteration of the Talks. Then the discussion made of related Twitts (based on tags) is added. (Text sent to Zemanta is not visible to the reader of the Talks.)

And Your Hair / Twit is a small work of e-literature. It takes the current weather condition in Ljubljana (authors home town) and it integrates it into the following sentence: It's [...] and your hair is in a mess. Than it adds posts from different users of Twitter that relate to the same weather condition.

And your hair is in a mess

Web poem that changes with the weather in Ljubljana

Sometime around the year 1990, on the left embankment of the river Ljubljanica, just before Tromostovje one could read the following graffitti: Sonček je in ti si skuštrana (The sun is shining and your hair is in a mess). Later on I learned that the author of this sentance was the poetess and painter Mateja Sever. Her graffitti inspired this poem. I have changes in so much that I have substituted the word Sun by - a few hours ol - feed from the Environmental Agency of the Republic of Slovenia and its data on the weather in Ljubljana.

So, if you are reading the poem in Ljubljana it will describe the same weather as you can see through the window.

English version of the poem takes weather from the BBC Weather Centre, Observations for Ljubljana.

('Europroverb', in Slovene) Evropregovor - europroverb (part of the portal Evrokultura) is a generative and combinatory work of language expression. Europroverbs (there are 1.553.760 possible europroverbs) are created by the algorithm which combines a corpus of found-in-the-media euro-words (words that begin with euro-) with a small corpus of old Slovene proverbs.

Accessible also in the archive page of the work on jaka.org. 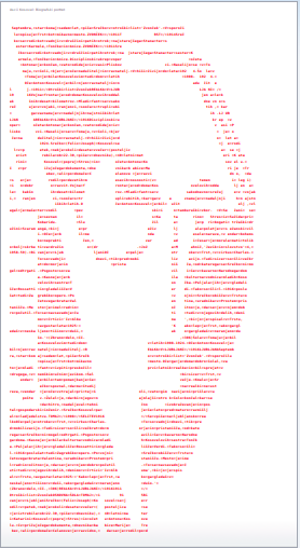 Retype te content of any webpae: it's not only what is written. It's also where it's written and who wrote it.

Responsive computer poem. [Context of the poem: I participated at demonstration agains war in Iraq. In couple of days the war began.] Difference between sent (typed) message and its (visual) response.